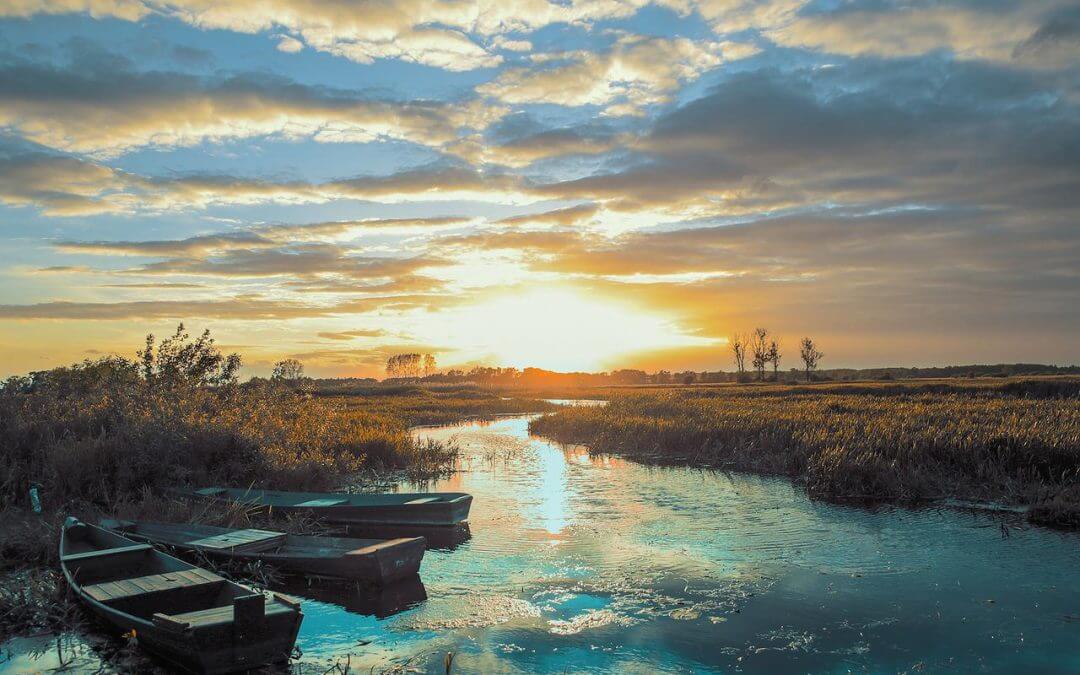 According to the Intergovernmental Panel on Climate Change (IPCC), climate change is one of the most serious, if not the most serious, challenge to civilisation that we will face in the 21st century. Therefore, the most important step is to understand the mechanisms of the phenomena taking place and to find and apply solutions that will counteract the catastrophic hydrological effects.

Cities occupy a relatively small area on a national scale or even on the scale of the entire Earth’s surface. However, they generate 75% of global GDP, 70% of greenhouse gases, 70% of waste and absorb 60% of energy production. Thus, they have a key impact on climate change and the resulting unfavourable hydrological situation and decline in plant biodiversity.

Most commonly, we can distinguish between three basic challenges involving water:

While the average water supply per capita in Europe is 4 500 m3, in Poland the figure is only 1 600 m3, and in times of drought as little as 1 000 m3. Why such a colossal difference? The situation is largely blamed on much lower rainfall than in western Europe, but also on rapid run-off and the poor retention of the geological substrate.

It is also the result of years of poor water management decisions. Land reclamation, the draining of wetlands, the concreting of riverbeds, species changes in forests, the decreasing amount of mid-field afforestation and the paving of urban areas have all had a disastrous effect on natural retention.

Warmer winters and a lack of snowfall are also an effect of climate change. Meanwhile, it is the spring snowmelt that improves soil moisture and consequently surface and groundwater levels. According to experts, if we do not take decisive action, in 10 years’ time we will have 40% less usable water than today.

Drought is a condition that is defined in different ways depending on the climate zone and region. In Poland, the accepted definition is 20 days without rainfall, in which case we speak of atmospheric drought. When plants start to lack water, we are dealing with soil drought, and when the level of surface and underground water decreases, the result is hydrogeological drought. The consequences of the latter can be really serious.

In the meantime, we have been experiencing a permanent drought in Poland for about seven years now, and it covers an increasingly large area of the country every year. The country’s hydrological situation is very difficult, and water deficits are so serious that they result in soil and agricultural drought. This is a huge problem, which will not go unchallenged in terms of the amount and quality of crop yields, and thus the already high prices of food. 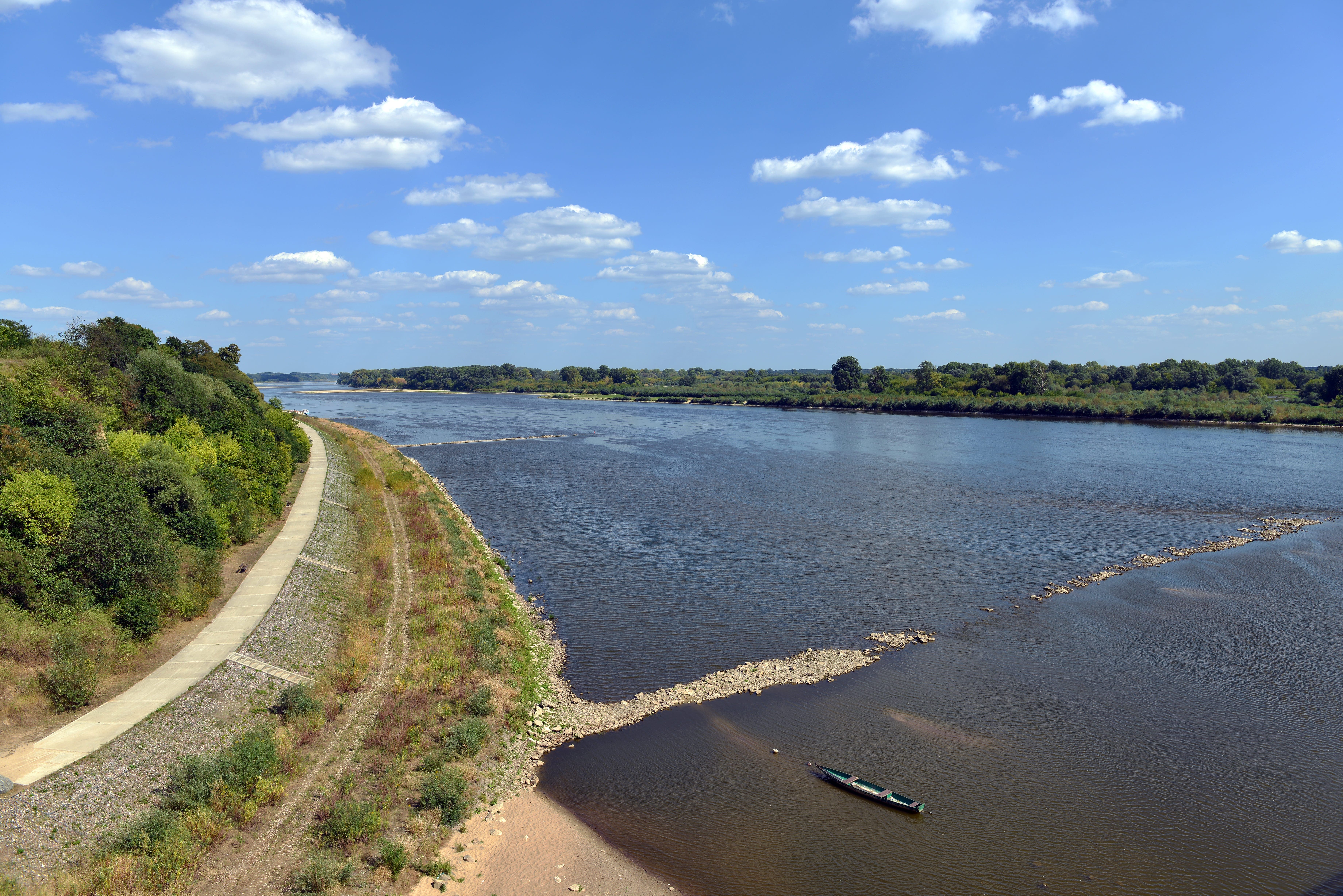 Vistula from Wyszogród bridge at the lowest water level on record

Hydrological drought warnings are issued when, for a minimum of 10 days, values at representative water gauge stations are below the multi-annual average of the lowest annual flows (SNQ).

Water levels in rivers in Poland at the end of May 2022 were mostly at low or medium levels. The most serious problem is observed in Wielkopolska in the Warta river basin, where there has been a marked decrease in river water levels, below multi-year averages.

Warnings were also issued for the Małopolskie, Zachodniopomorskie, Lubuskie, Dolnośląskie, Śląskie, Łódzkie and Opolskie Voivodeships. Despite the recent rains, low water flows are still below the SNQ.

In contrast, torrential rains and floods

Another major challenge, especially in urban areas, is the heavy rainfall that follows long periods of drought. This increased rainfall is caused, among others, by increased temperatures in urban areas (heat islands), leading to a heat exchange phenomenon known as convection.

In cities, there are fewer and fewer green spaces and places where water can freely drain into the ground. Often, surface development and road infrastructure is also a problem, with almost the entire volume of precipitation draining into storm drains and surface waters. If the sewer system is not efficient enough or not fully operational, inundations, localised flooding and even floods can occur, which destabilise the functioning of the city and the lives of the inhabitants, but also generate serious economic impacts and financial losses.

Changing mindsets, or let’s start with ourselves

First of all, we need to completely change our attitude to water. We still think that water is something that was, is and always will be. All we have to do is turn on the tap. However, drinking water is an increasingly scarce commodity and needs to be saved. Yet we are still, more or less consciously, wasting huge amounts.

Did you know that during a 3-minute tooth-brushing session with the tap turned on, we waste about 15 litres of water? In an average Polish household, more than 90% of all water is used for household activities such as washing, cleaning, laundry, dishes and flushing the toilet! Drinking and cooking water accounts for only 3%.

Another serious and yet not very controllable problem is the irrigation of fields and the watering of green areas. If certain requirements are met, the construction of groundwater intakes does not require a special water permit. Therefore, farmers, in order to save their crops, create irrigation systems and drill deep wells. The groundwater used for this is irretrievably lost, whereas it should only serve as a source of drinking water. Even when watering our lawns, gardens or flowerbeds, we use drinkable water from the municipal water supply.

The solution – retention and green infrastructure

Large-scale implementation of small-scale retention solutions, blue and blue-green infrastructure in agricultural areas and cities is essential. We need specific solutions for delaying runoff, retaining water and reducing evaporation losses. These should be provided by comprehensive government and local government programmes, but also by our own initiatives and actions.

The development of blue-green infrastructure is the future of cities and municipalities in adapting to climate change. Green and blue areas are one of the most important tools for the prevention of flooding, heat waves and also a greater chance for the ever so important plant biodiversity. The construction of green roofs, green walls or the creation of new plantings, combined with water management solutions, increase water retention and the chance to reuse water. 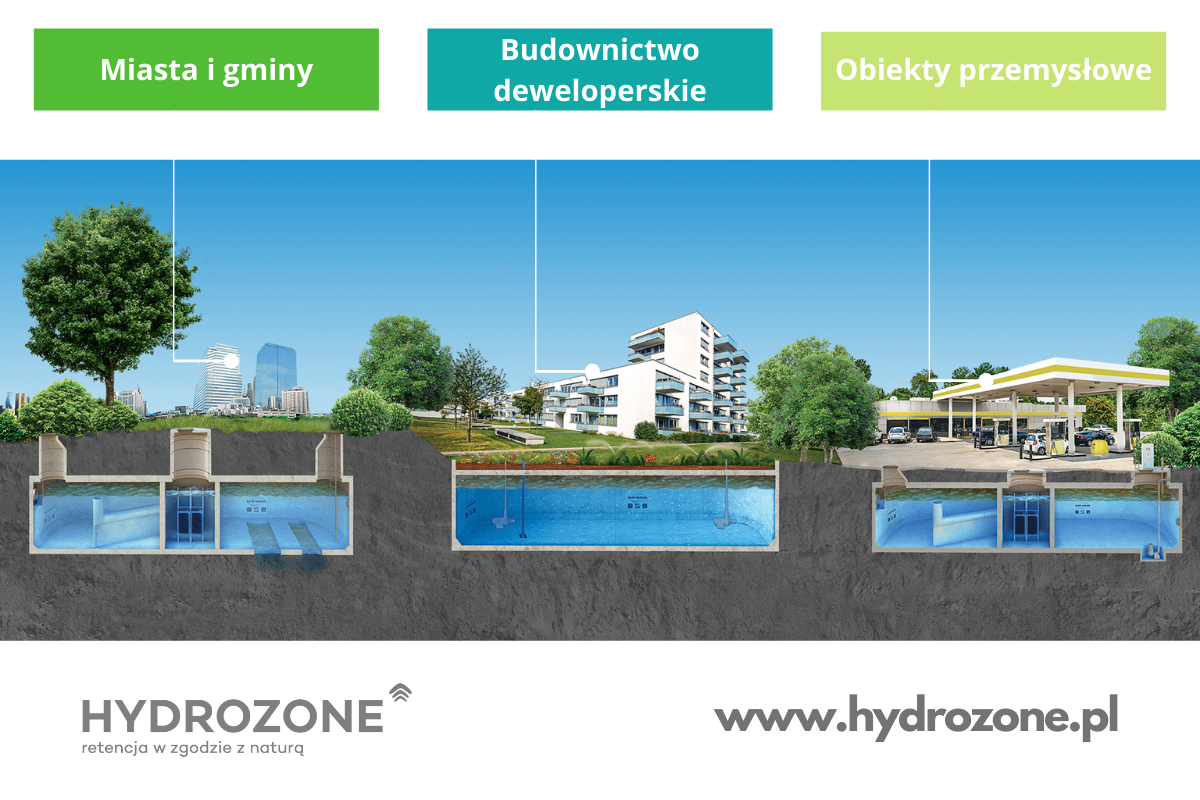 HYDROZONE is an advanced range of modular tanks for the retention of rainwater and snowmelt. By using supplementary components and equipment, it is additionally possible to pretreat and reuse the medium. The configuration options of the equipment elements can be individually adapted to the needs of rainwater treatment and collection.

On one hand, they allow us to avoid the effects of drought and, on the other, they prevent flooding and inundation in situations of heavy rainfall.  An example of this is the implementation of the Hydrozone Benefit tank together with the construction of a storm water drainage system in the town of Międzywodzie.

A HYDROZONE BENEFIT tank with additional functional modules was used, allowing rainwater to be used for watering the green areas. The BUMERANG SMART system, an innovative tool for monitoring the operation of water and wastewater system equipment and facilities, was also implemented.

The solution has eliminated the problem of flooding during the rainy season and facilitated the drainage of rainwater and snowmelt. In addition, during the non-rainy season in the northern part of the city, the water collected in the tank is used to water the green areas.

The most popular posts